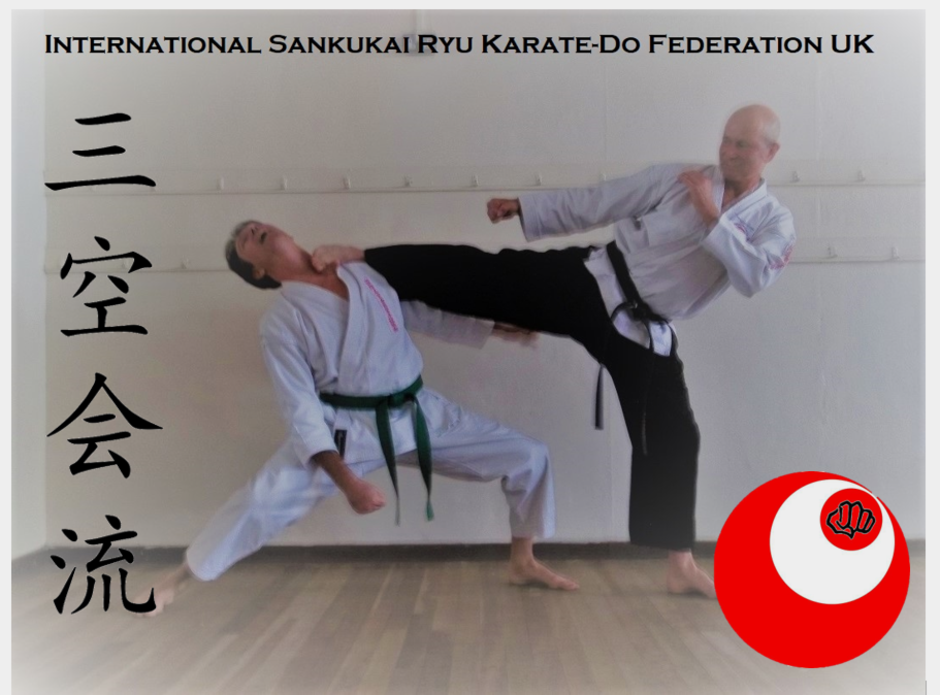 In order to call us 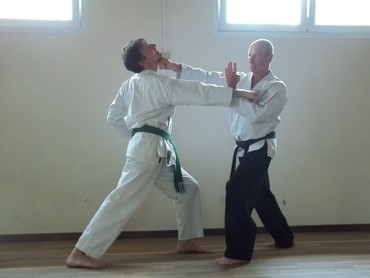 The Literal translation of Karate-Do is "Empty Hand Way". The meaning implies an attitude of self-reliance when faced with difficulty or danger. The realities of training are used to refine behaviour, shape the character and awaken the spirit. At ISKF we endeavour to teach the five primary principles of Karate which include Character, Effort, Etiquette, Sincerity and Self Control.

A BRIEF HISTORY OF SANKUKAI ROOTS

There is no need to introduce the already well-known Sensei Chojiro Tani, the creator of Tani-ha Shitoryu Shukokai, which became a branch of Shitoryu. Sensei Tani trained under Sensei Mabuni, who created Shitoryu by combining some techniques from Goju-Ryu. Shukokai’s and later Sankukai’s parenthood, therefore, came from Shito-Ryu and Goju-Ryu. Kenwa Mabuni was the founder of Shito-ryu.

Sensei Tani began studying Goju-Ryu Karate at school and then studied Shito-ryu from Mabuni whilst at University. He then created his own style and called it Shukokai. When he retired he handed over the reins to Sensei Shigeru Kimura and Sensei Yoshiano Nanbu (who concentrated on Europe). However, due to a difference of opinion, Nanbu decided to leave Shukokai. Shokukai has subsequently split up into several splinter groups.

Nanbu, arguably one of the worlds greatest Karate-ka, then formed his own style based on techniques of Shito-Ryu, Judo, Aikido and Kendo, and incorporated his unique circular spinning techniques he became famous for. He believed that more techniques were required than Shukokai utilised. This style was named Sankukai but was still utilising most of Tani-ha Shito-Ryu Shukokai techniques. Added to this were new evasive techniques (tenshin) and the unique spinning techniques (kaiten) and foot sweeps, which he felt were very important.

After the 1969 Shukokai World Championships in Paris, Sensei Barry Stranack remained in Paris to train with Sensei Yoshinao Nanbu and was highly impressed with him. Nanbu at that time was still doing Shukokai. In 1972, after Nanbu had formally created Sankukai, Sensei Stranack spent three months in Paris learning Nanbu’s new techniques and then subsequently joined Sankukai. Sensei Stranack then introduced Sankukai into Rhodesia in 1972. Later in 1975, he introduced the style into South Africa. Sadly Nanbu was to make further drastic changes to Sankukai and thereafter renamed his style, Nanbudo. The introduction of Nanbudo saw a radical change in Sankukai, which was not well accepted by clubs in some countries, and as a result, Sankukai saw a decline in membership. Splinter groups within Sankukai then evolved. South Africa and Rhodesia then decided to break with Nanbudo and have remained to this day executing the Sankukai techniques with very little change,  based on Tani-ha Shitoryu-Shukokai, with the inclusion of Nanbu’s newer techniques. The ISKF is a union of Tani-ha Shukokai and Nanbu Sankukai techniques. Sensei Stranack was not presumptuous enough to ‘create’ his own style per se.

We still call ourselves Sankukai and have dropped the Shito-Ryu name as did some of the Shukokai splinter groups. Although we pride ourselves as having evolved from Shito-Ryu, we have dropped the name to avoid confusion. It is vitally important that we establish a ‘brand’ and in order to achieve this, we need conformity. We must conform to the same techniques most importantly. But we must appreciate and respect the fact that we also need to have the same badge which suggests uniformity and pride in who we are. We have unambiguously adopted the Japanese characters in red which read; “International Sankukai Karate Federation”. Gold characters are awarded only to head club instructors (Sensei).

After the unfortunate break up of Sankukai/Nanbudo organisations, we the ISKF were the largest Sankukai based style internationally. Unfortunately, after Shihan Stranack’s retirement, the ISKF experienced a severe decline in membership. We intend rebuilding the ISKF to its former glory.

Karate, it can be understood, evolved with the advance of time, and different personages with different perceptions of how techniques should be executed, do naturally break away and develop into other styles. This is natural and it is good, as can be seen by the modern Karate-ka. Techniques have become faster and more complex, thanks to the modern input from Karate-ka coming up through the ranks today. Competition Kata and Kumite are much faster today than twenty years ago. And this is good. This is what we call progress. Today many well-known Japanese Karate-ka go to Europe and America to improve their Karate. Strongly this suggests that no longer is Karate an exclusive Japanese dominion. They provided us with the fundamentals, and we respect them for that, but now we need to progress and we are doing this in leaps and bounds. Today there are instructors who do not happen to be Japanese, who are far more qualified in human sciences than the original founders of Karate, and they continue to contribute enormously to the Martial Arts.